after each day of program we submit a short resume 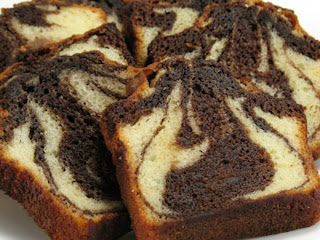 This recipe makes 2 loaves.
It is a very quick poundcake that is easy to throw together. It tastes too good and it's so easy to make!

*Make sure not to stir too much, as stirring will develop the gluten and make for a cake that is less fluffy.
Ingredients:
- 4 eggs
- 2 cups sugar
- 1cup milk
- 1 cup vegetable oil (not olive)
- 2cups flour
- 2 tsp baking powder + 1 pinch salt
- 2 tsp vanilla
- peel from 2 lemons
- cocoa, about 3 Tablespoons (or more if you like it darker) for marbling

add flour, baking powder, salt (which have been mixed together in a bowl)

pour into molds, leaving a bit of batter for mixing with cocoa

mix the remaining batter with cocoa and pour over the rest

Bake at 350 for about 50 minutes (toothpick should come out clean, if not, then leave a few more minutes)

Salt output in 2005
Salt is produced by evaporation of seawater or brine from other sources, such as brine wells and salt lakes, and by mining rock salt, called halite. In 2002, total world production was estimated at 210 million tonnes, the top five producers being the United States (40.3 million tonnes), China (32.9), Germany (17.7), India (14.5), and Canada (12.3).[81] Note that these figures are not just for table salt but for sodium chloride in general. By 2007, China had become the world's largest salt producer, surpassing the U.S.
Salt levels in our food
The amount of salt consumed by most people has been a worry for many years. In fact, it's estimated that of the salt we consume, an astonishing 75 percent of it is already present in our food.
Most foods contain some salt, but it's the foods that are naturally high in salt we need to watch out for because eating these can push our salt intake over the edge. This is why it's important to choose foods that are lower in salt, when you can.
Some foods are almost always high in salt because of the way they are made - you can still enjoy them, but try to have these in smaller amounts, or eat them less often.
It's not expected, but some of the common food in our diets, such as bread, cereals and salt, are in actual fact our worst enemy when it comes to the amount of salt we consume. In the UK, 26 million adults eat too much salt, above the six grams recommended. While in America, the average American eats almost double the recommended amount of sodium every day, which is 2400 milligrams.
American diet
Sprinkled into everything from bread to cheese, soups and breakfast cereal, just about every fast-food restaurant meal and now even fresh cuts of meat, salt is ubiquitous in the American food supply.
The American Medical Association says cutting our salt consumption in half could save 150,000 lives a year. Whether it is your decision or the government's, experts agree it is time to start thinking about how much salt you are really eating.
If Americans cut their salt intake by just half a teaspoon per day, it would produce public health benefits on par with reducing high cholesterol, smoking, or obesity a new study has found, CNN reported. But the idea of cutting the salt intake in your diet is easier said than done.
In America, food is still being introduced that is high in not only calories, but also in salt. The latest being a burger from KFC called the 'Double Down Sandwich', offers the consumer two slabs of fried chicken, two pieces of bacon, two slices of pepper jack cheese andKFC's special sauce, or to put in another way, 540 calories, 32 grams, and not forgetting, the 1380 milligrams of salt. The US isn't the only country that is still introducing high salt food, it's a problem in many different countries, but it's America which the attention is automatically drawn to.
Campaigners within the US want to follow in the footsteps of Britain where there have been intensive campaigns to pressure industries, as well as consumers, to use less salt. As a result, British authorities said, from 2000 to 2008 there was about a 10 percent reduction in daily salt consumption, The New York Times reports. Despite this reduction, the amount of salt consumed is still too high.
Publicat de dumy la 08:17 Niciun comentariu:

Ethnography and folklor customs and traditions in rural tourism

We suggest you to visit and participate in religious celebrations Harvest Day and the Healing Spring to Bălţeşti, Craftsmen Fair at Gorgota and cheese festival in the Valley to play customs and traditions Doftana accompanied by folklor performances ,performed by bards but also by numerous singers
Folkloric art exhibits belonging to the old Prahova can be seen in the village Pietriceaua , who holds the handicraft evening sitting

Touristic objectives are represented by memorial houses and museums which we found in almost all area around Slanic Prahova.Most of these serve the interests of science or culture and visitors to commemorate their people through this account that were born and lived on land Prahova
-Ticu Dumitrescu memorial house from Olari village
-Local historical museum Sangeru
-Heroes monument Telega
-Ruler Cross Melicesti built in honor of King Charles I ; and many others historical sights which deserve to be visted 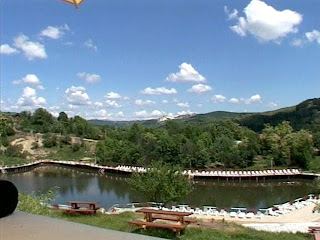 Slanic City  became known primarly due to the exploatation of salt

Begginings are related to Mihai Cantacuzino , who discovered a salt deposit in Slanic Prahova . His desire was to open a mine . He bought in 1685 - 1694 the Slanic estate and in 1688 took place the first salt exploatation in Valea Verde (Green Valley) .

In 1713 Cantacuzino donates the entire Slanic estate , and all the mines toMonastery Costea in Bucharest

From the seventeenth-century salt exploatation was made in Baia Baciului , Baia Verde  and Dorobantesti , whereof there are no more informations 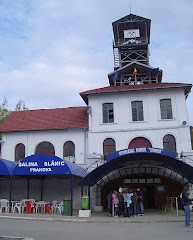